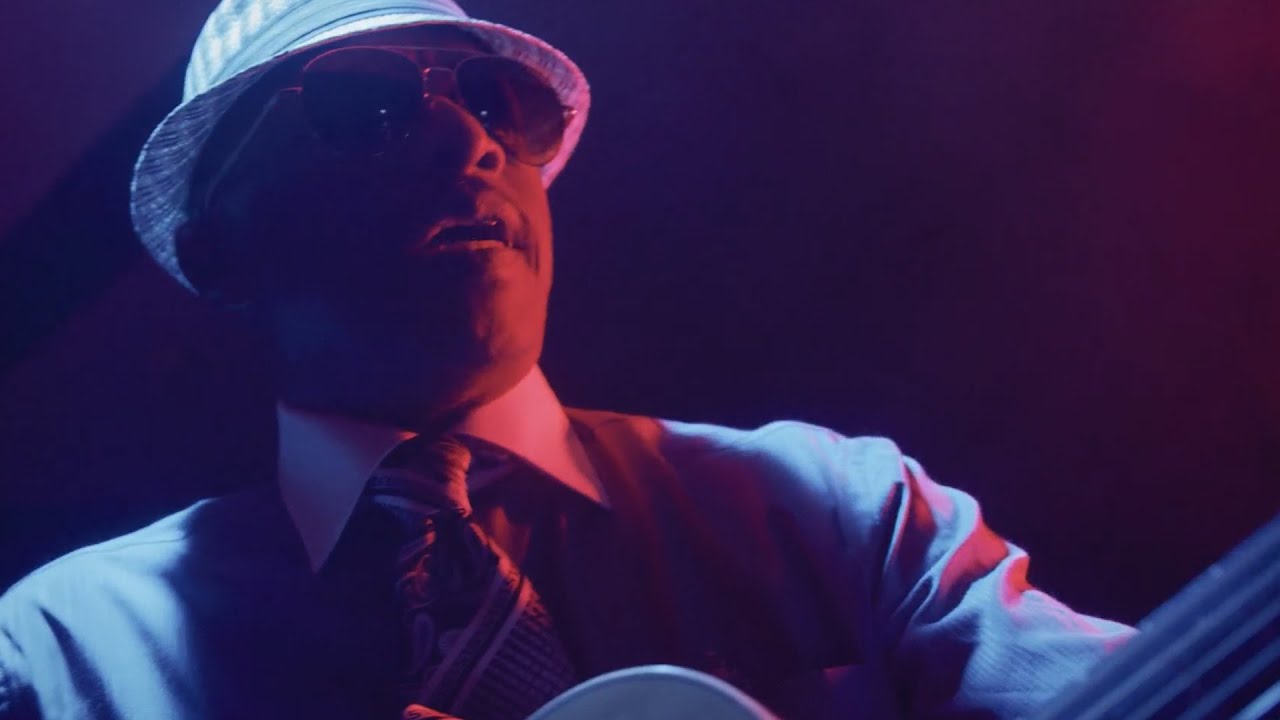 History of the Blues lives on in Pensacola.

11 Things You Must Do in Pensacola

For more than 450 years, people have traveled to Pensacola in search of new experiences. Tristán de Luna of Spain led America’s first settlement attempt here in 1559.

This westernmost Florida city is proud of its historic downtown and white sandy beaches, new Pensacola attractions and age-old traditions. You could spend a week or more exploring all the free activities in Pensacola, but to give an idea of where to start, here are 11 exciting things to do in Pensacola:

Eat Grits a Ya Ya at The Fish House – Created by acclaimed Chef Jim Shirley, Grits a Ya Ya is sautéed Gulf shrimp atop smoked Gouda cheese grits with a sauce of fresh cream, spinach, Portobello mushrooms, apple wood-smoked bacon, garlic and shallots.

“Grits a Ya Ya has become world-famous,” says Fish House Marketing Director Maria Goldberg. “We have served it for events in Washington, D.C., and New York City, and recently Emeril Lagasse featured it on the television show ‘Emeril's Florida.’”

“I highly recommend taking one of the guided tours given by retired pilots,” Wimberly says. “They have a wealth of knowledge and always tell interesting stories.”

Throughout the expansive museum and grounds, you will see more than 150 restored aircraft representing U.S. Navy, Marine Corps and Coast Guard aviation. A motion-based flight simulator takes would-be pilots through an F/A-18 mission.

Admission and guided tours are free. Hours are 9 a.m. to 5 p.m. Monday through Friday, 10 a.m. to 5 p.m. Saturday and Sunday. Find out more at navalaviationmuseum.org

Spend a day at Fort Pickens – Completed in 1834 to defend Pensacola Bay and its naval yard, Fort Pickens was one of four Southern forts never occupied by Confederate forces during the Civil War. Fort Pickens is the largest of the Pensacola area’s four forts and remains open for visitors to explore its intricate tunnels and authentic cannons. You can camp, fish or enjoy a picnic lunch within the park, located on Gulf Islands National Seashore and governed by the National Park Service. Weekly and annual passes are available at the entrance; the park is open daily from 7 a.m. until sunset.

Shop on Palafox Street – Named one of 10 great streets in America by the American Planning Association in 2013, Palafox Street bisects Downtown Pensacola.

Ground zero for entertainment in the city, Palafox  Street has been home to the Saenger Theatre since 1925. Other venues and bars have opened in recent years, and organized Gallery Nights create a vibrant nighttime scene. Local historian and real estate developer Deborah Dunlap says Palafox Street at night is reminiscent of New Orleans, with “a much nicer crowd.”

Dunlap and other investors have helped return the once neglected Palafox Street to prominence as a destination. Cafés, sandwich shops, tapas restaurants and a cluster of food trucks with outdoor seating are interspersed between jewelers, boutiques and other shops.

Palafox Market offers locally grown produce, live plants, baked goods, art and antiques from 8 a.m. to 2 p.m. every Saturday in Martin Luther King Jr. Plaza. Wherever you go in Downtown Pensacola, you are never far from Palafox Street and its many options.

Take in the action of minor league sports – Sports fans can find something to root for in Pensacola year-round.

The Pensacola Ice Flyers compete in the Southern Professional Hockey League October through March at Pensacola Bay Center. Find out more at pensacolaiceflyers.com

Baseball fans can take in a Pensacola Blue Wahoos game, called the “Best Minor League Ballpark Experience in 2013” by Stadium Journey magazine. Playing April through September, the Double A affiliate of the Cincinnati Reds has called Pensacola home since the club’s 2012 inaugural season. Tickets start at $6. The team’s website is milb.com/wahoos

Buy fresh seafood at Joe Patti’s – The name Joe Patti has been synonymous with fresh seafood on the Gulf Coast since the early 1930s, when Patti and his wife Anna opened Joe Patti’s Seafood. It continues to offer Pensacola’s largest selection of fish, shrimp and shellfish at wholesale prices to the public.

Shopping at Joe Patti’s, customers browse the long, ice-filled counter while waiting for their number to be called by Frank Patti, Sr. Wearing a newsboy-style cap, Patti speaks into a microphone, often telling jokes or calling out patrons for not paying attention when their number is called.

Take your photo inside the clam shell at Quietwater Beach – This is the requisite photo opportunity for Pensacola Beach vacationers. Snap a picture at this landmark between shopping and dining along the Portofino Boardwalk. Do some advance window-shopping at pensacolabeachboardwalk.com

Staple a dollar, eat and drink at McGuire’s – McGuire’s Irish Pub is an award-winning steak house in the heart of Pensacola. The traditional style saloon also regularly brews five beers in the pub’s onsite oak and copper brewery.

Stephen Brown of Atlanta was in town on business when he visited McGuire’s at the recommendation of local professionals.

“My steak, sides and stouts were excellent,” he said. “McGuire’s is an immersive and welcoming place.”

McGuire’s serves lunch and dinner seven days a week. Bring a dollar bill to sign and staple to the walls; more than a million are said to hang throughout the pub, adding to the festive atmosphere of this Pensacola favorite.

Drink a Bushwacker - For 40 years, the Sandshaker has been a Pensacola Beach icon. Its signature drink, the original Bushwacker, was invented here in 1975.

“The main ingredients are Kahlua, white crème de cocoa and Coco Lopez,” says Sandshaker owner Beverly Campbell. “We make all our batches by hand and customers choose regular or 151 rum. If you're a vodka drinker, you can choose that as well.”

Some customers add fresh fruit or liqueurs, she says. “There is no end to the variations our bartenders can come up with to satisfy the cravings of our customers.”

Chris Phillips, owner of Hot Spots Charters, says charters with four to 10 anglers cost an average of $450 to $1,600 depending on the length of time at sea and whether the trip is inshore or offshore.

“One of the best things about fishing in Pensacola is everything you get that has nothing to do with fishing,” he says. “We leave from Pensacola Beach and head out Pensacola Pass, so people get to see Fort Pickens, Fort McRae and Pensacola Lighthouse.”

“We always see dolphins, and a couple of days a week you get a private air show,” he adds, referring to regular Blue Angels practice demonstrations. “Our fishing is great and people get something special with all the extras.”

Come visit, and enjoy all the great things to do in Pensacola, FL. 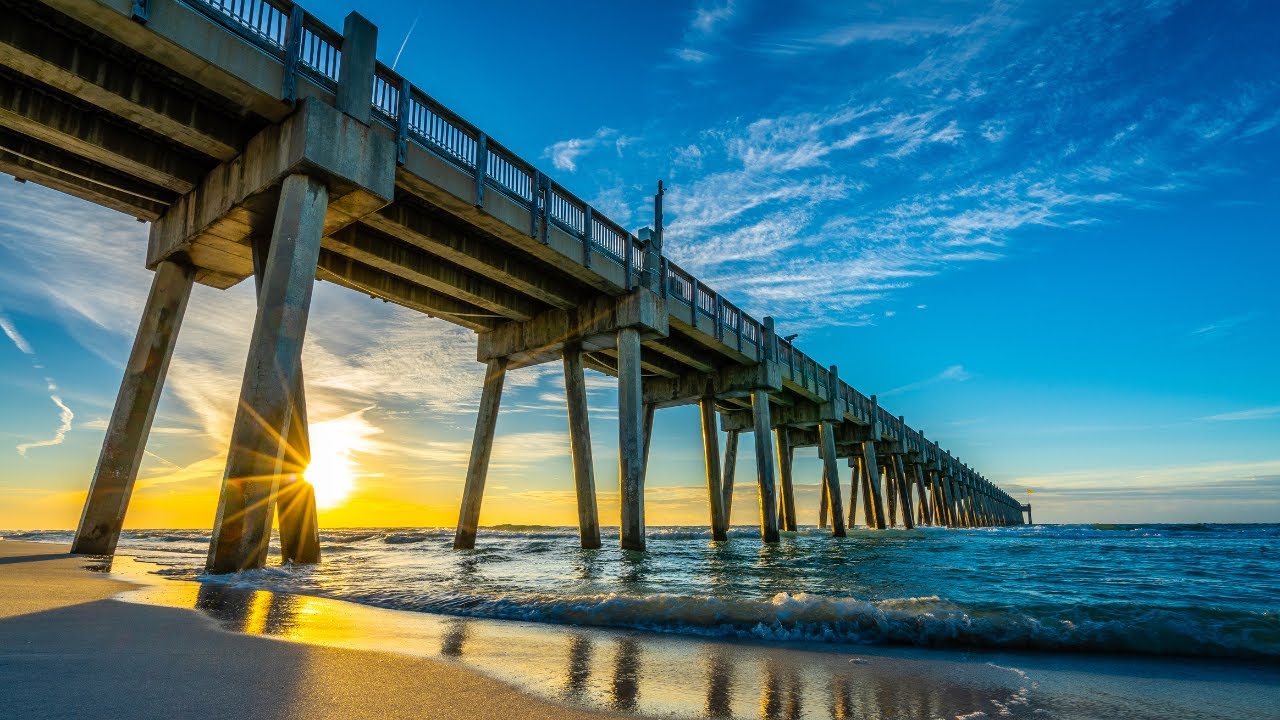